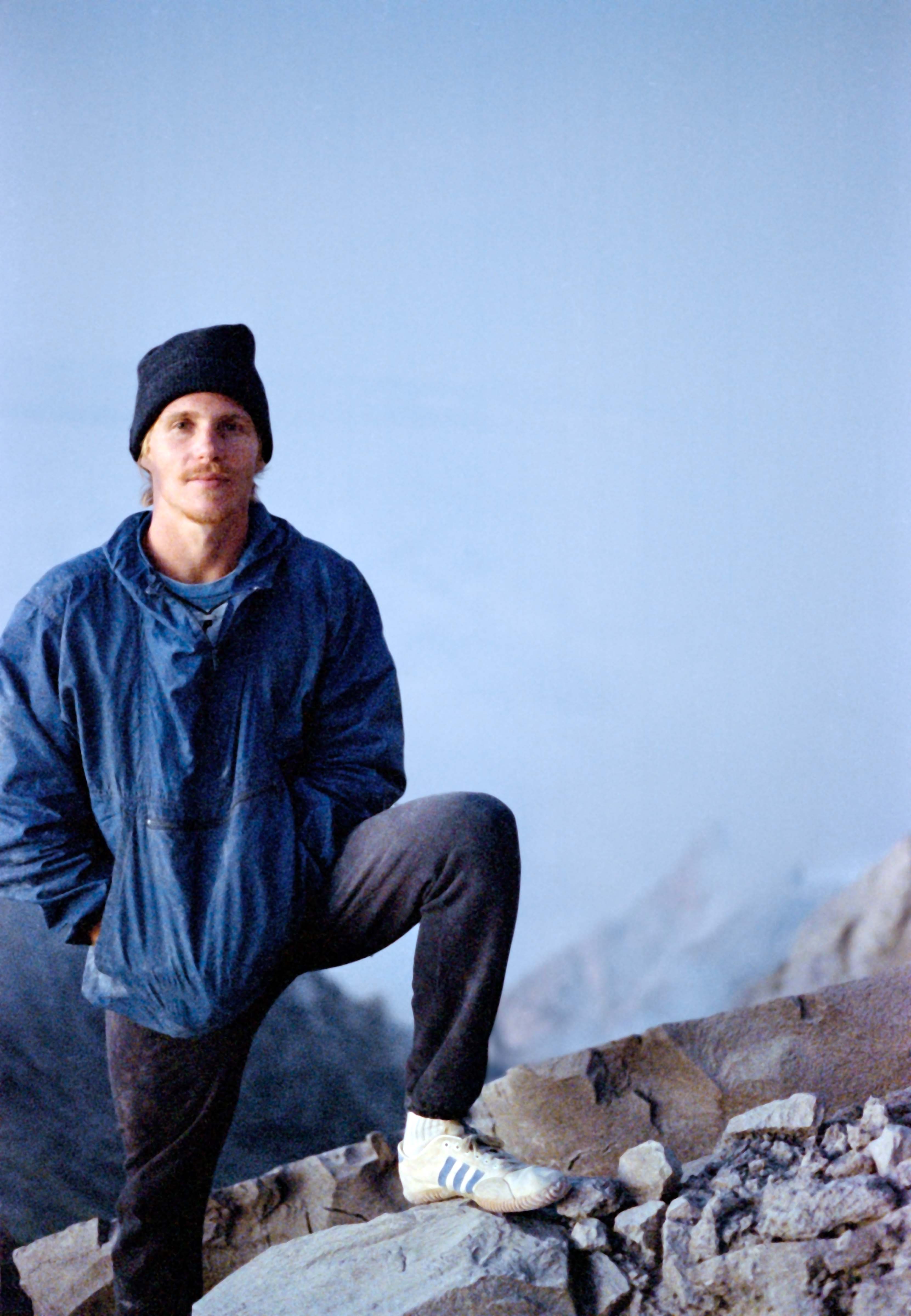 Went to bed at 7pm and slept until 11:30pm, then headed out the door into the brisk mountain air just before midnight. After having seen Merapi during successive bus rides here, I was very excited to climb it. There was smoke visible by day. The night sky was abundantly filled with stars… walked up the long dirt road towards the mountain then climbed the trail, resting infrequently… trudged and climbed the last 500 meters through the volcanic rubble and up rocks, arriving at the summit at 4:20am (Continuing as the day broke)…

August 16th, 1983
Looked for lava. There was a wall of red among the blackness, which made a peculiar sound… took a number of photos of the fumaroles. Then I endeavored to get closer, walking down into the eerie depression. Inside the “fumes,” I beheld this spectacular sight: the fire gushed out of the rock as if it was a gas burner, glowing ever so eerily against the starlit blue sky. After a series of photos amidst heat and sulfurous gas, the ground beneath my feet turned into a blue flame and I jumped away. The ground where I’d stood began gushing fire… climbed up and viewed the spectacular sunrise.

An American geologist and French photographer came up… stayed up for another 3 hours, as the American explained the volcano to us. He pointed out the incredibly awesome dome! I climbed down and watched as the dome pushed boulders down a 2-mile chasm! I saw a boulder 10 feet in diameter hurtling down, bouncing!! I sat there for an hour watching a near-constant stream of boulders being pushed by the rising dome into the 2-mile chute! I was mesmerized. It was truly one of the most awesome things I’ve ever seen! The dome itself was few hundred meters across, a pile of gray mud and rock. It took only 2 hours to climb down. (I ran a lot!)