My early desire was to maximize my potentials, so I began to try to see more deeply into the secrets of the world. An important tool in the quest for understanding is questioning commonly accepted viewpoints.

When I was 27 years old, I sailed to New Guinea and spent six months there, hiking extensively in the rain forests and living amongst its people. This was an important formative perceptual experience for me. For example, I observed that a child in a “primitive” village essentially had the equivalent of fifty or more aunts and uncles. I compared this to a child’s loneliness in a broken nuclear family. I came to view the advantages of modern life as relative rather than absolute.

This was revelatory and imbued in me a deep humility. After that, I began questioning everything having to do with modernization and governmental philosophy. The paradox of our world, as I saw it, was whether we were moving to or from a state of enlightenment. Our ability as a race to create a virtual ‘Garden of Eden’ on planet Earth was possible, but it would require a serious look at the battle of dominance over beauty. Beauty is often more fragile than that which can destroy it.

If we turned our attention to living life as a celebration, rather than inadvertently ending up in the void of materialism and production for its own sake, we might arrive at simple and elegant answers to societal problems. 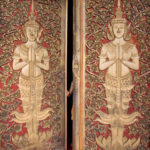 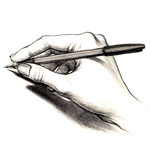 Philosophy of Action – Theories of the System