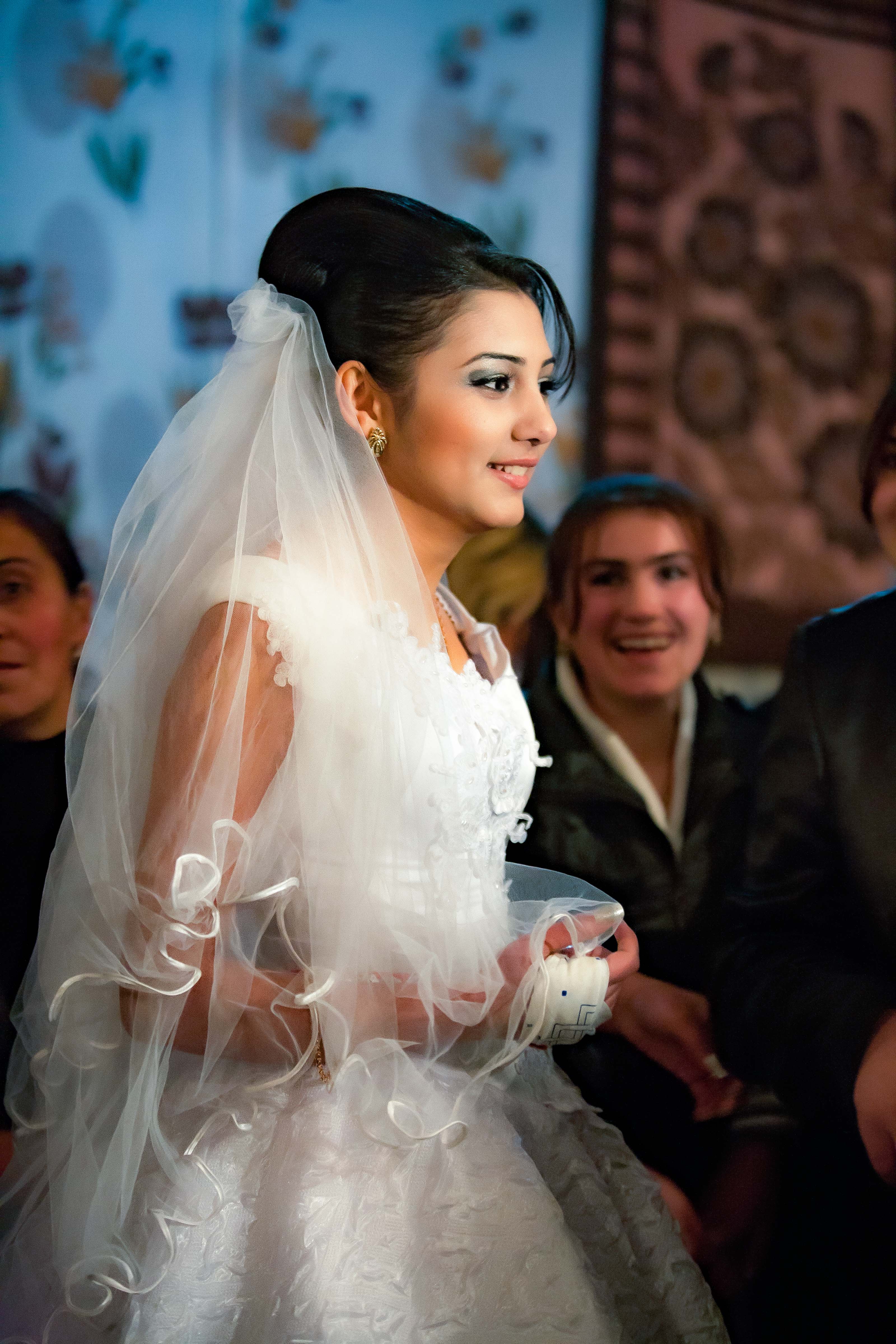 In 2009, I attempted to see as many of Azerbaijan’s provinces (rayons) as possible. Azerbaijan and Armenia have a conflict. So, some of the provinces claimed by Azerbaijan are controlled by Armenia and vice-versa. One such disputed territory is Bashkend. I attempted, unsuccessfully, to go there. On the way, I wended through Shamkir, where I was invited to a wedding…

What I learned: When you are crashing a wedding, even when invited, and you are taking pictures of the bride, be ready to run!

November 19, 2009 (Continued)
In the Shamkir Valley, I marveled at the immense farms back-dropped by white peaks. The mountains to the west of Kedabak pulled me with their magnetism. I imagined Bashkend to be a mystical haven in the sky. As I proceeded towards it, I heard music coming from a hall on the left of the road, and I stopped to see what it was all about. It turned out it was a wedding. A man invited me in. I was led to a place close to the bride and I began taking photos of her. She looked right at me. She was beautiful. I snapped a photo. I was so busy taking photos of her I hardly noticed that now her husband was standing next to her. After a shot of the two of them, I continued to focus on her, which, by his facial expression, he did not like. Some men who were clearly drunk began asking me questions, so I quickly left.