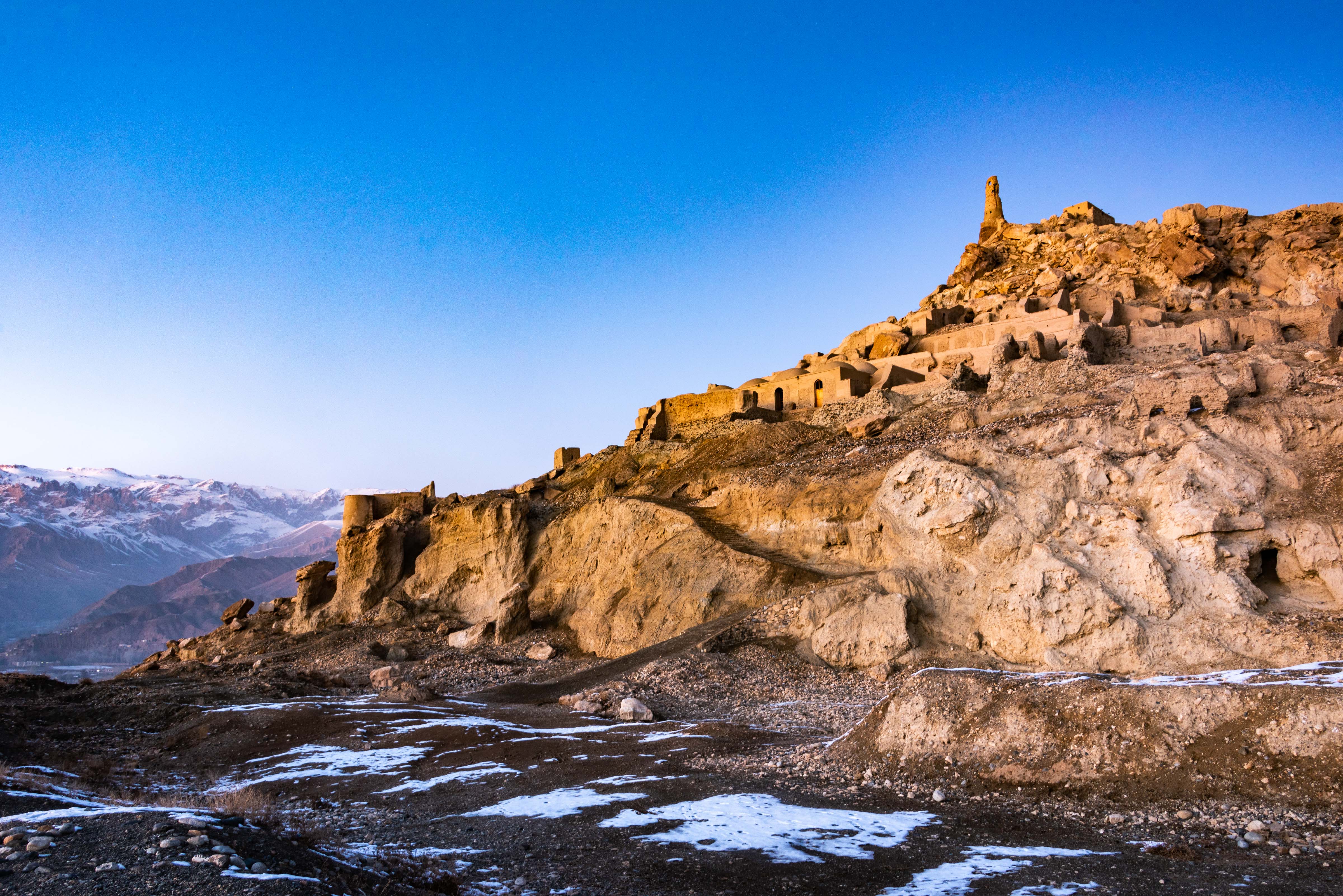 This place is also known as the City of Screams. The plaque reads "The citadel on this hill site was the heart of the Islamic city of Bamyan following the decline of Buddhism here from the 8th century AD. Share-e-Gholghola is believed to have been destroyed by the Mongols under Genghis Khan, who invaded in 1221 and massacred all the inhabitants. The site's name is said to date from this massacre." I went there in the late afternoon in February in the bitter cold.