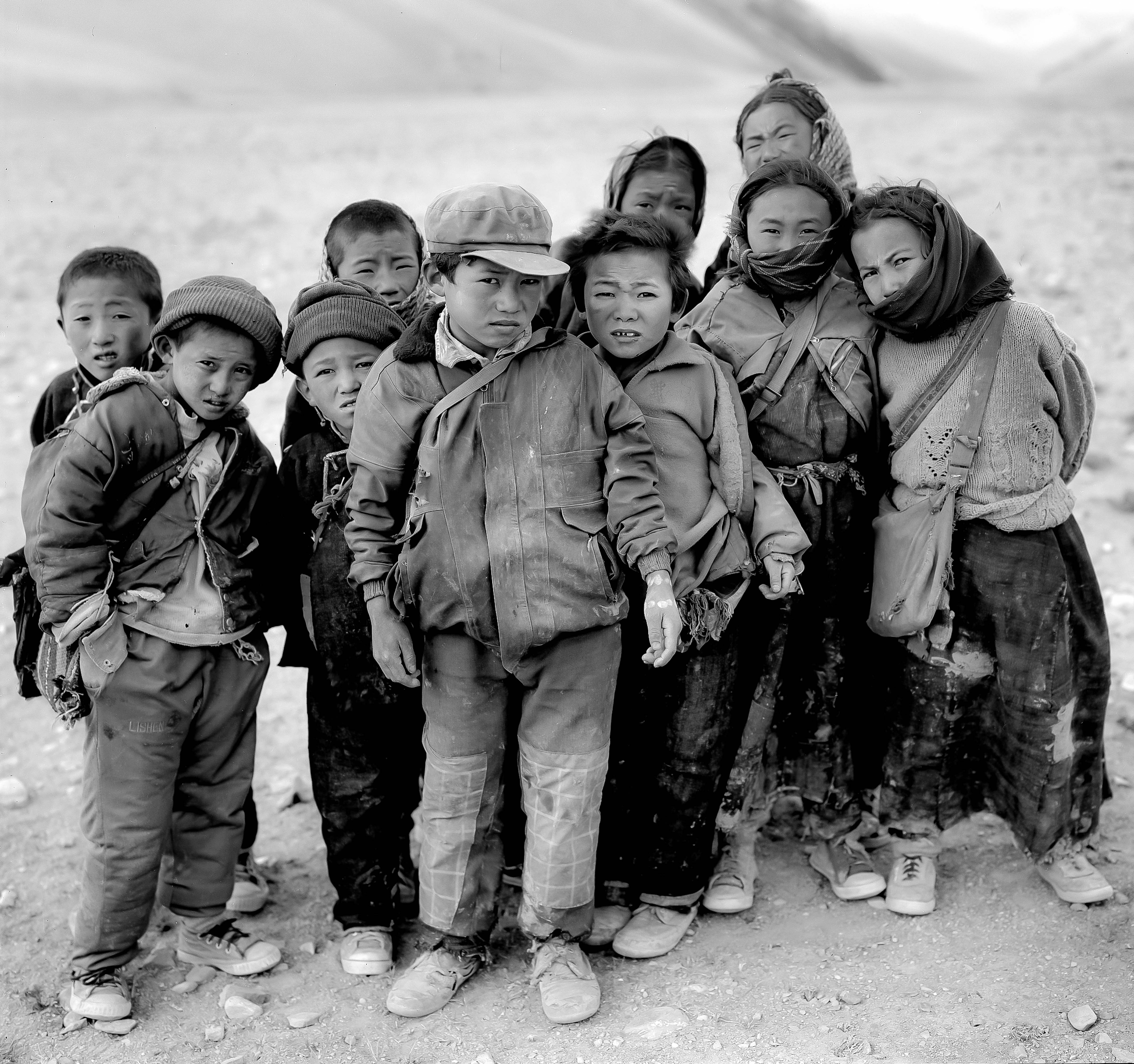 Tibet, Tibet Children, 1995 - I was traveling back to Katmandu from Rongbuk base camp after climbing Mount Everest. Our land cruiser got a flat tire. We stopped and the driver began to fix the tire. It was bitterly cold and very windy. I looked up and noticed a crowd of curious children outside my closed window. I wanted to go outside and photograph them, but I was so cozy where I was! Finally, I rousted myself from the comfort of the vehicle and unpacked my 8x10 camera. I brought the children out to the windy plain adjacent to the road. After the photograph, I instructed them to form a row, so that I could give them candy. As I handed out the candy a piece at a time, walking along the row of children. I noticed one of the boys who had already received candy ducking down and running behind the other children's backs. He appeared at the end of line and held out his hand as if he had not yet received any. (8x10 format)