Search for the Little People of Seram, the Origin, Indonesia, 2006 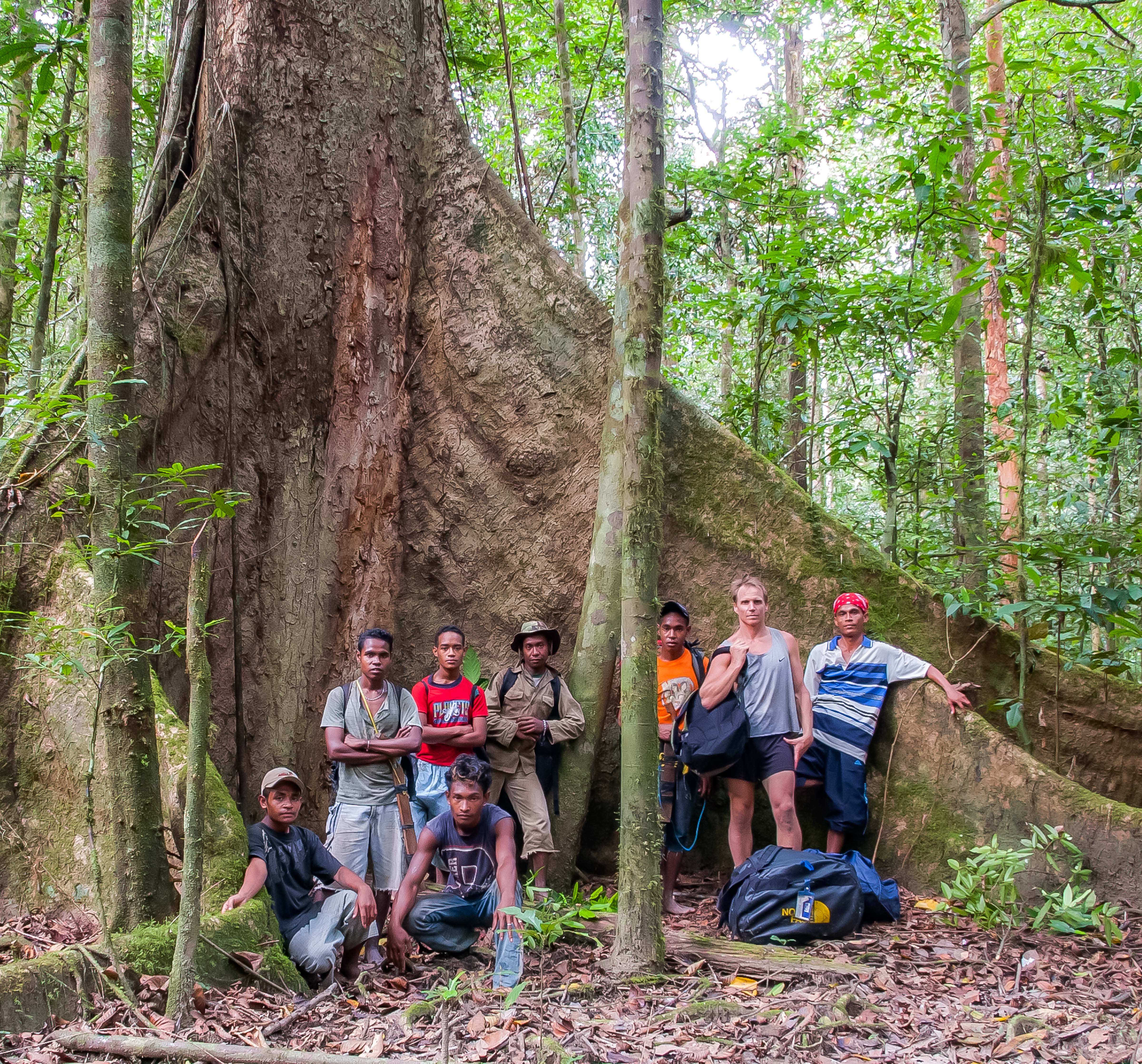 In 1999, in Ambon, Indonesia, a man named Polly Gasperz told me, in amazing detail, about an alleged encounter he’d had with small humanoids at the foot of Mount Binaya, Seram’s highest peak. The Little People, said Polly, stood at most about three feet high and were half-monkey, half-human. He agreed to take me there. But the ‘kerusuhan’, the troubled times when Christians and Muslims in Maluku fought bitterly against each other, prevented me from doing an expedition. In 2004, I saw in the international news that paleoanthropologists had found skeletons of ‘little people’ (Homo floresiensis) on the Indonesian island of Flores, some 600 miles to the south. In 2006, I went three times into the forests of Seram in search of them. I walked from Mosso to Manusela to Kanikeh, and elsewhere. My conclusion was that it was most likely just a story with no factual basis. But I could be wrong.

Alex had brought Polly, a local man, slight of build, that has a lot of experience in Ceram. The things he told me were close to unbelievable. He told me that there are seven groups of natives in Ceram, The Alfur, The Batik, Naulu, etc. But the one which truly amazed me was that he said there was a group of pygmies. He put his hand about thirty inches off the ground to describe their height. He insisted that was their size. I was incredulous.

He said they swung into caves by vines, near the highest mountain in Ceram. They did not have a language, but only shrieked like pigs or monkeys. I was quite unclear as to whether they were humans or apes, but there was one fact that he insisted on: they used blowguns to subdue victims, then, as they slept, they killed them with sharp implements. I asked if he had ever seen them before. He said one time he saw maybe 40 or 100, all swinging away en masse. I asked if he saw their blowguns, and he insisted that he did. He said that they could smell you 100 meters away, and they could tell the difference between leaves rustling from the wind or from an animal or human. He noted they were very dangerous.

I totally believed him. He seemed very sober, and he had an incredibly diverse vocabulary in English, though sometimes he mispronounced words, indicating a plethora of book study with correspondingly little chance to practice.

He later described the Alfur, who he said lived in large trees and never drank water from a stream. They would cut a vine and only drink the water that came off the vine.

Afterward, he described the magical powers of the Batik. He said they “incarnate” themselves into all sorts of creatures, including bats and snakes. He described an encounter his “preacher” had with four men, who first appeared as bats, then later as men. They demonstrated their power, he said, by punching the air, and some distance away a fire broke out. He noted you must be careful in Ceram – otherwise they could use their magic against you. Polly was a very intelligent and self-scholared individual.