Thailand in the Rain 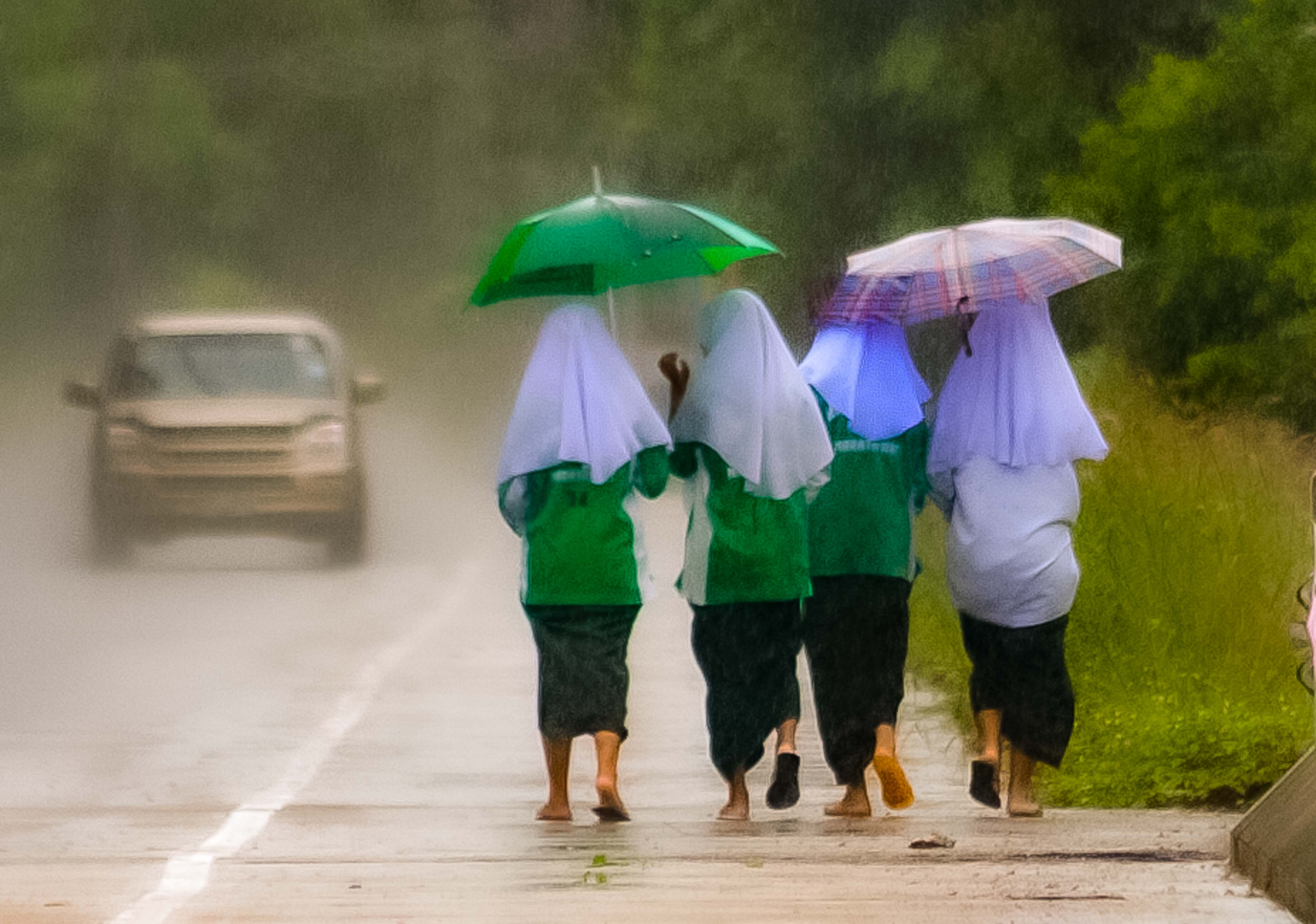 Woke in Surat Thani early. Took the small road around the coast to Nakhon Si Tammarat, then the diagonal road to Ron Phibon, then on to Phattalung, Hat Yai, and Pattani, a Muslim area. By this time it was growing dark. The rain became torrential and continued as we entered Narathiwat.