The Churning of the Milk Ocean 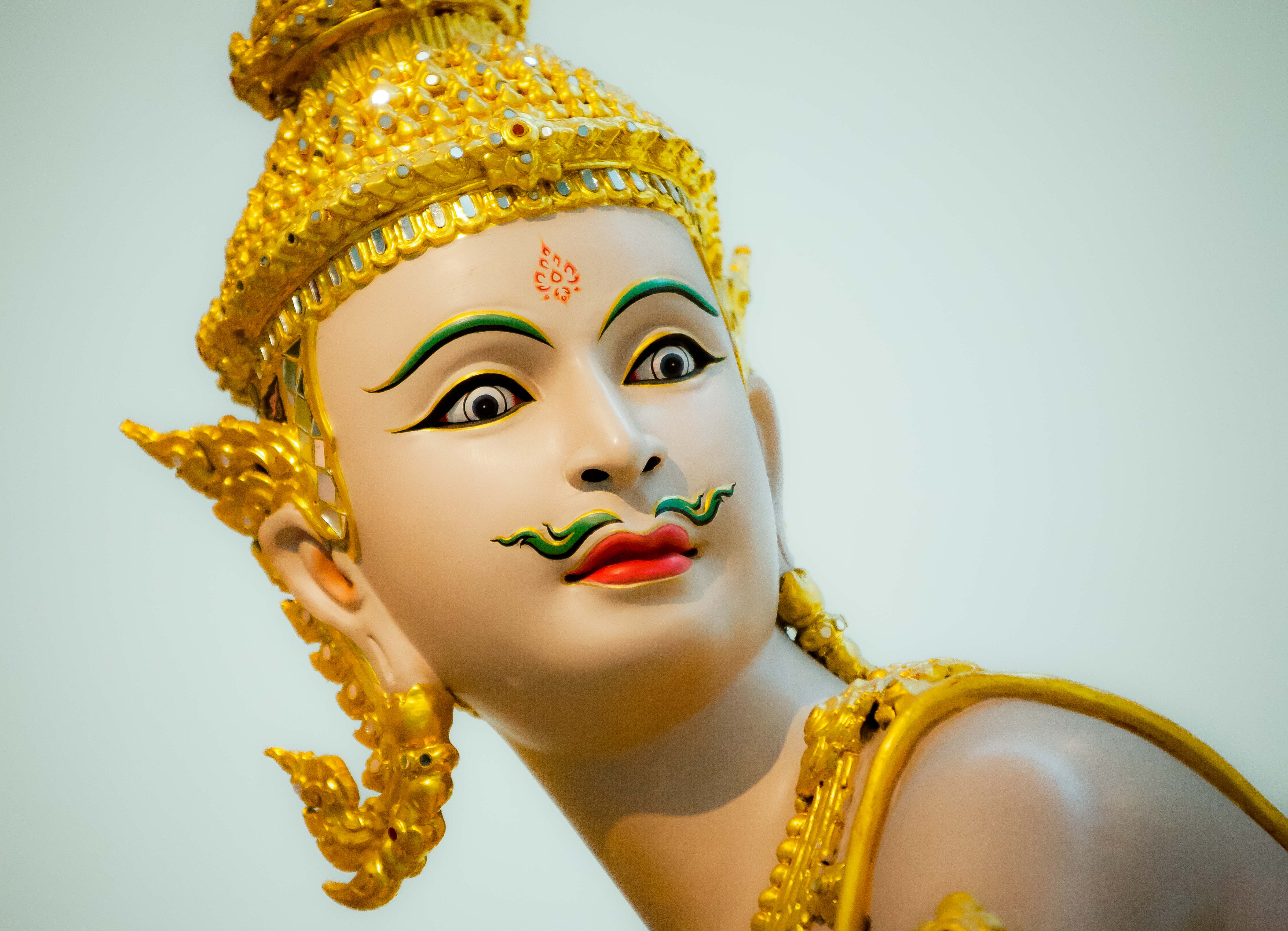 This is just one of scores of figures in a large display in the Bangkok airport representing the well-known mythological Hindu “Samudra Manthan,” or “Churning of the Milk Ocean.”*4 The legend has it that Indra, the King of Devas (Gods), while riding on an elephant, came across Sage Durvasa who offered him a special garland given to him by the God Shiva. Indra accepted the garland, placing it on the trunk of the elephant as a test to prove that he was not an egoistic god. The elephant, knowing that Indra had no control over his own ego, threw the garland to the ground. This enraged the Sage as the garland was a dwelling of Sri (fortune) and was to be treated as prasada. Durvasa cursed Indra and all Devas to be bereft of all strength, energy, and fortune.

In battles that followed this incident, the Devas were defeated and Asuras (demons), led by King Bali, gained control of the universe. Devas sought help from the god Vishnu, Who advised them to treat Asuras in a diplomatic manner. The Devas formed an alliance with the Asuras to jointly churn the ocean for the nectar of immortality and to share it among them. However, Vishnu told Devas that He would arrange that they alone obtain the nectar. 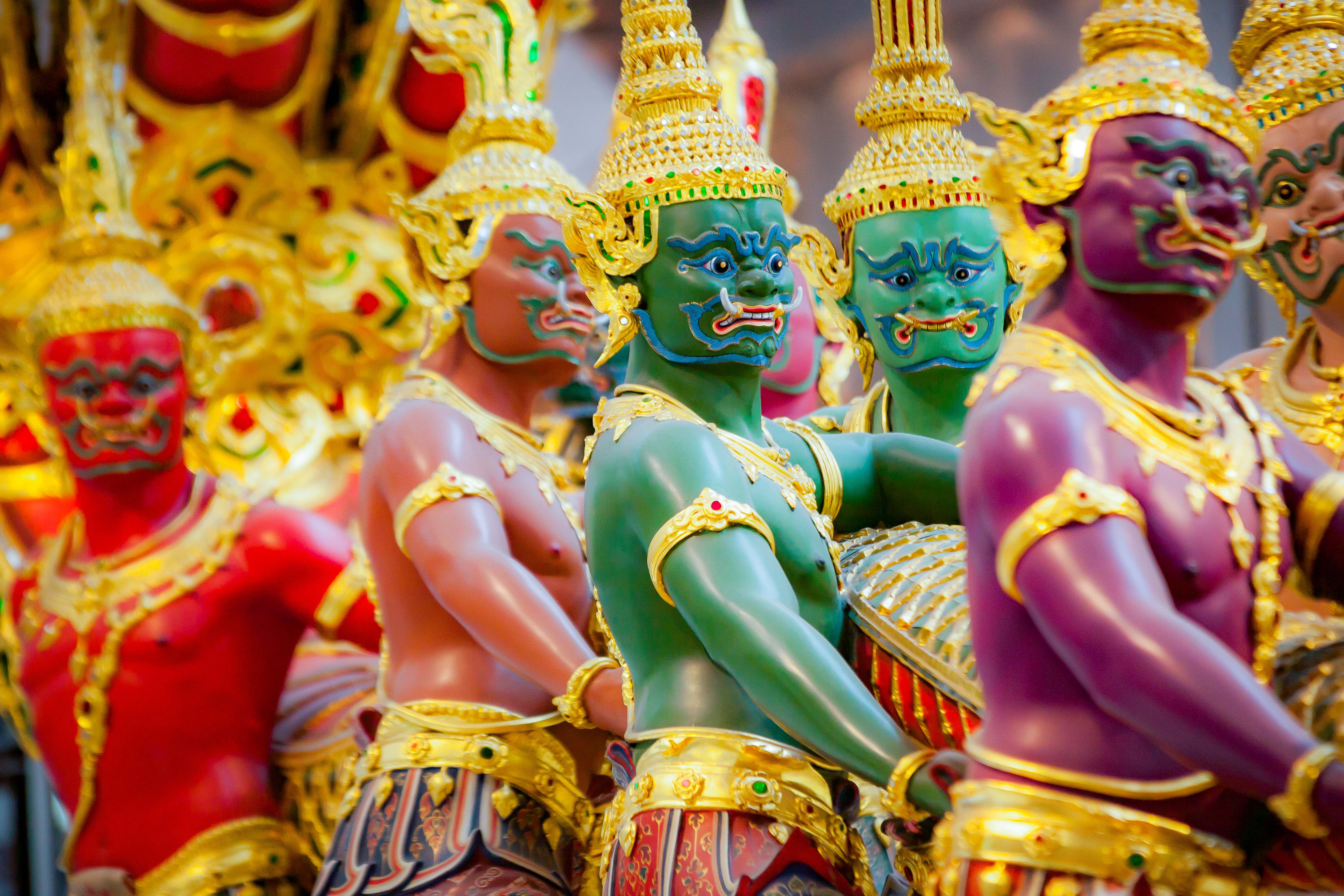 The Churning of the Milk Ocean was an elaborate process. Mount Mandara was used as the churning rod, and Vasuki, the king of serpents, who abides on Shiva’s neck, became the churning rope. The demons demanded to hold the head of the snake, while the Gods, taking advice from Vishnu, agreed to hold its tail. As a result the demons were poisoned by fumes emitted by Vasuki. Despite this, the Gods and demons pulled back and forth on the snake’s body alternately, causing the mountain to rotate, which in turn churned the ocean.

The Samudra Manthan process released a number of things from the Milk Ocean. One product was the lethal poison known as Halahal. This terrified the Gods and demons because the poison was so powerful that it can destroy all of creation. Then the Gods approached Shiva for protection. Shiva consumed the poison in an act to protect the universe, and his wife Parvati pressed her hand on Shiva’s throat to save the universe. As a result, the color of Shiva’s neck turned blue. For this reason, Lord Shiva is also called Neelakanta (the blue-throated one; “neela” = “blue”, “kantha” = “throat” in Sanskrit).