The Maiden Tower in Baku, Azerbaijan, 2009 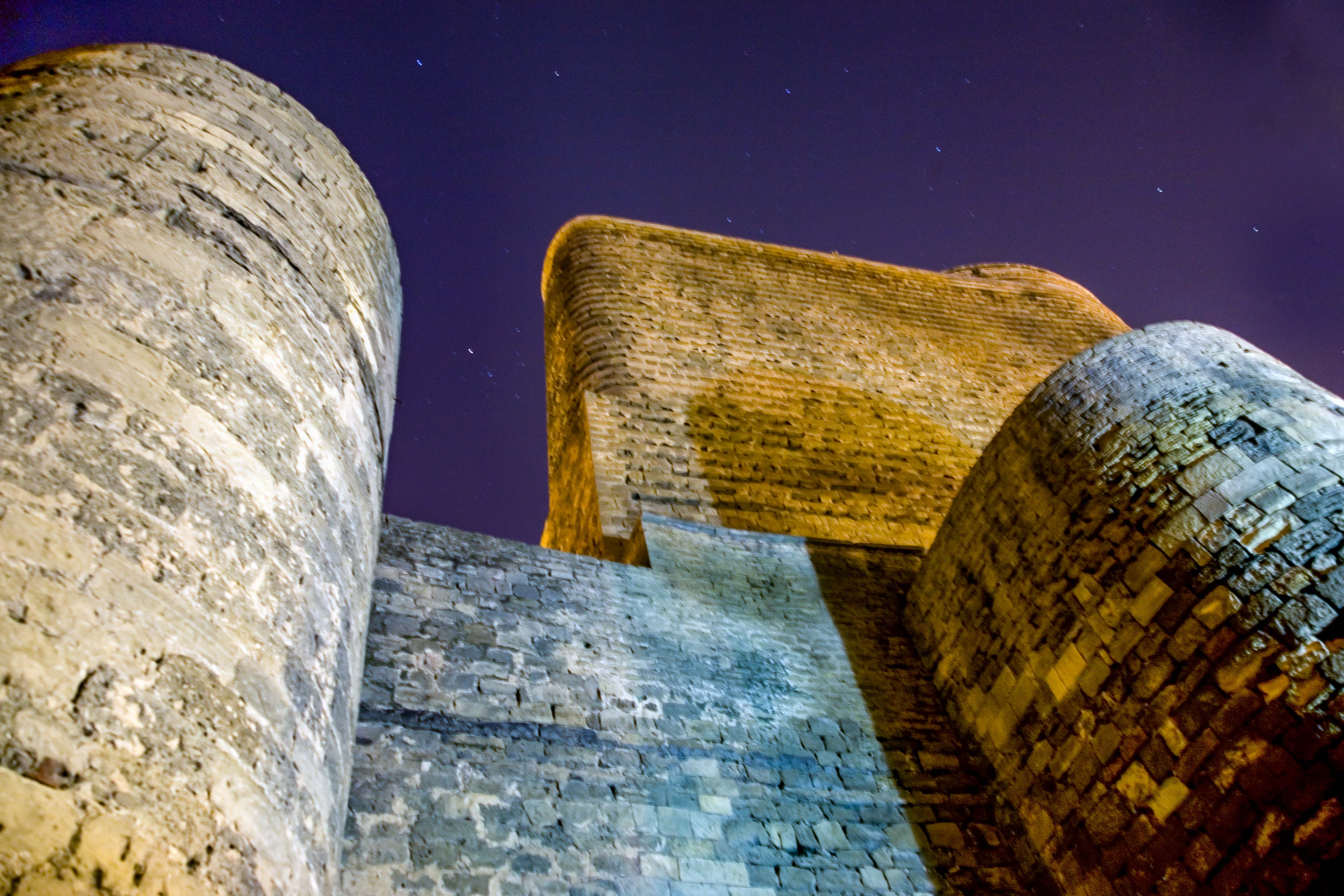 I woke in Azerbaijan. I ran down to the Black Sea then to the Maiden Tower. While standing on the high platform at the top, I “noticed” a girl. I felt something for her, even though she had her back turned towards me. Later, she was standing facing my direction and I was standing next to her, so I started a conversation. Her name was Gunay. She had a yellow tooth, which I think embarrassed her. She was petite, very young, fresh, gorgeous. I asked her for her phone number. What I understood her to say was that she could not because she had no mobile phone and that she’d have to give me her home telephone and her mother would not approve. To my surprise, her grandfather, who stood nearby, seemed to welcome me talking to Gunay. He had a kind manner. He approved of me taking photos of her. He gave me a small pen as a gift. I said I had nothing with me to give in return, but he insisted I take it. I said I would keep the pen in memory of him and his granddaughter.