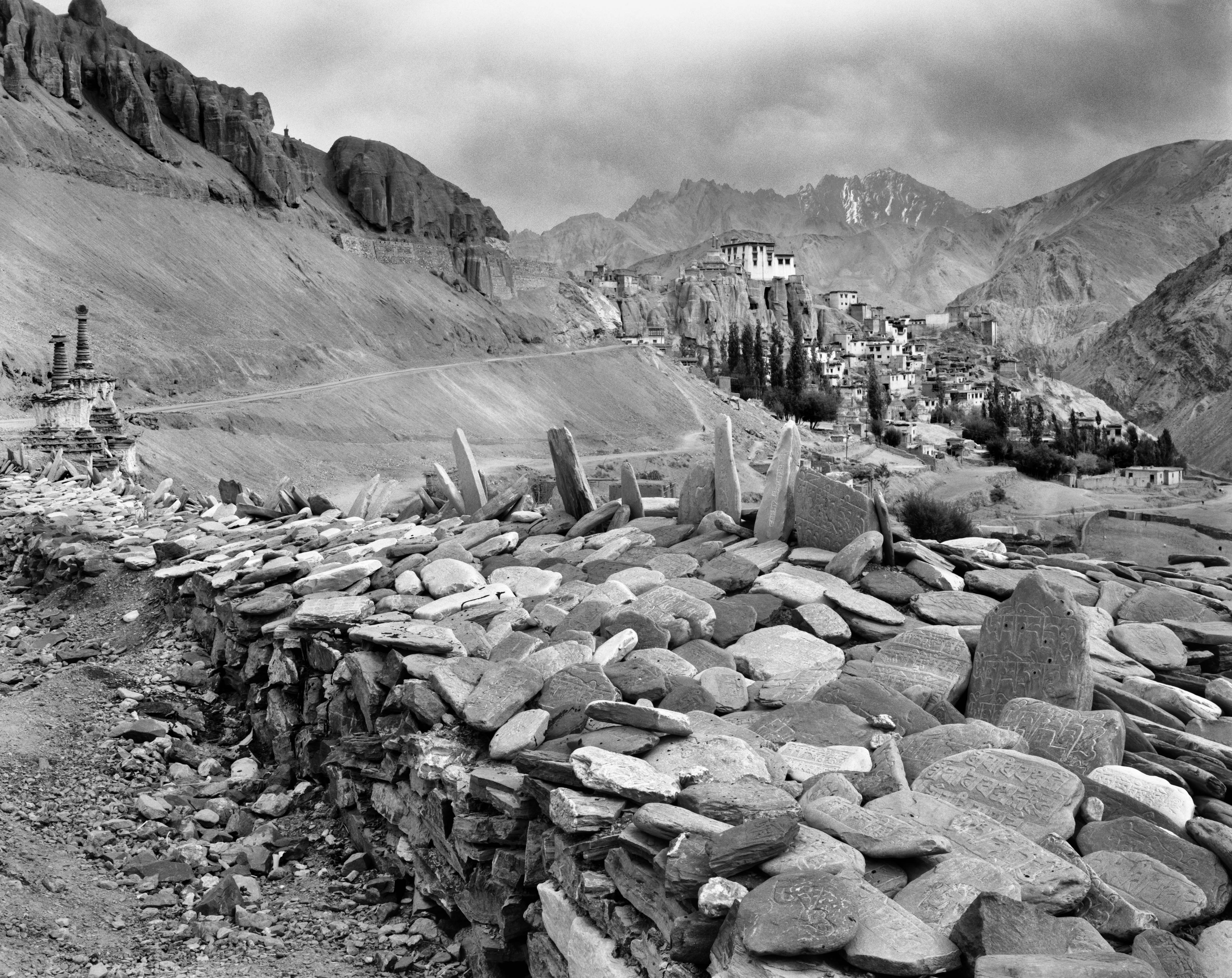 I included this photo for its reference to peace. In the Himalayas, there is a sense of spirituality. It is infused into the culture. I think it is because of the holy presence of the mountains… I had just come from Tibet, where my Russian friends and I had driven to the highest point ever driven, 5726 meters (near Yangshaoping, Tibet). Now, I was in India with my new wife, Novita. Lamayuru is on the way from Srinagar to Leh in Kashmir/India. The earthen road had no safety barriers, despite the fact that the drop-off on the exposed turns was steep. It was the most hair-raising road I’d ever been on. I held onto the door handle in parts so that in case the car was starting to fall off the cliff, I could jump out before it did. The driver said every winter there were many casualties.

Written in Leh at the end of the day at an altitude of 3524 meters (11,562 ft)… The route from Kargil to Leh took us through mostly barren territory. The highlight of the day was seeing the picturesque village of Lamayuru. Ashlem had told me it was like a moon land in 1974 when it opened up. Even today, the aspect of the village and the stupa was remarkable. An old poor woman collected yak shit, expertly flinging it backwards into her basket. Very fine green and purple prayer stones were scattered by the thousands. Just outside the village, the road was lined with these stones, carved by devout Buddhists over the centuries. I was always fascinated how such veritable works of art could remain unmolested by hundreds of years of passersby. I took an 8×10 image of them with Lamayuru in the background.

Later, I discovered that the road to the Sia La (in Pakistan, or is it a no-man’s-land?) was motorable at least as far as Pamimuk in the Nubra Valley. The Sia La is 6200 meters high. I am still unclear on whether George and I (and Sasha and Sergei) really did go higher than anyone else?

I enjoyed making love to Novita tonight more than I have ever before.