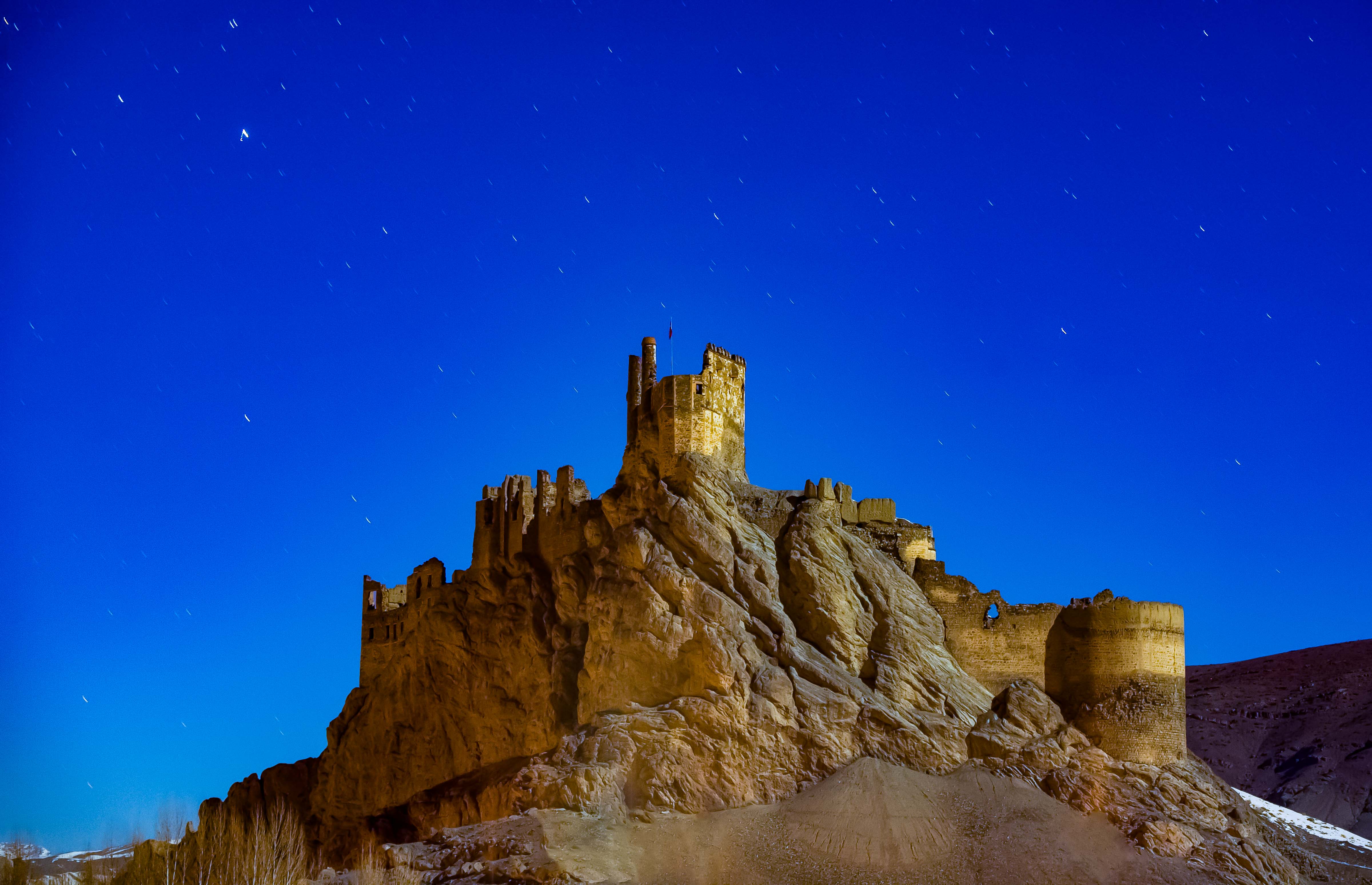 My effort to photograph all 81 provinces in Turkey was completed in 2012. When in pursuit of that objective, I came upon this castle unexpectedly. I was astonished. It is known as Güzelsu Van. It is a large medieval castle in the village of Hoşap.

What I learned: Moonlight is reflected sunlight; therefore, moonlight has similar qualities as sunlight. This is useful information for the photographer.

We came to the town of Hosap. The castle there took us quite by surprise. It was barely visible in the darkness but clearly beautiful, perched on a rocky hill. I drove till I got a clear view of the castle. I got out in the freezing temperatures and walked a bit up the slope. Using the moonlight, I managed to get a surprisingly good image. This was sort of revelatory for me. The image that came out looked almost as if it was taken in daylight. I realized then that moonlight is actually sunlight reflected off of the moon, which explains why photographs taken by moonlight can appear to be taken during the day! Moonlight is sunlight!!