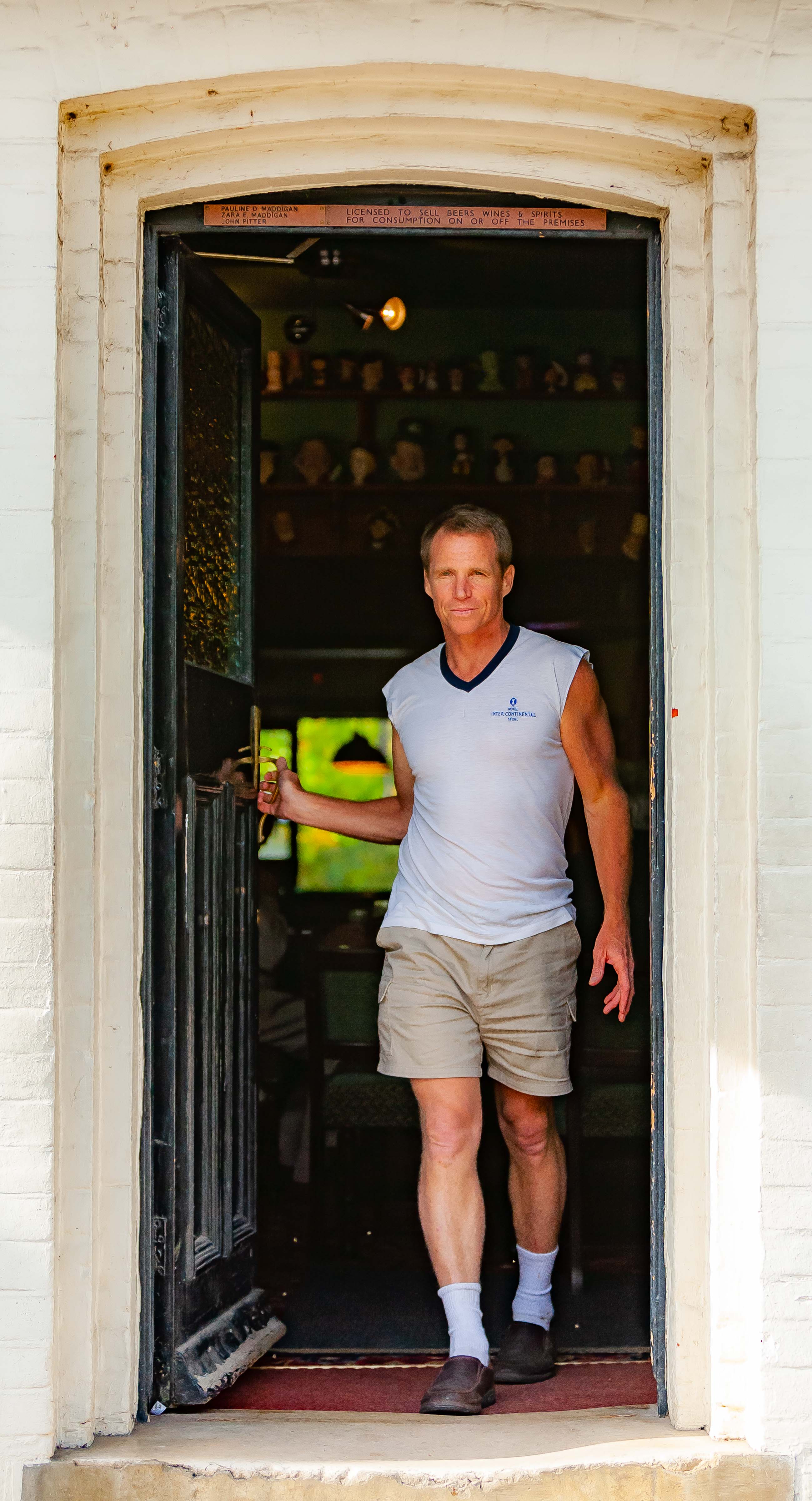 This is just a simple story about how silly political boundaries can be.

What I Learned: Political boundaries are fiction, existing only in our minds.

October 14, 2009
I stopped to take a photo of the Hampshire sign again, and I talked with a man who told me that Nomansland was partly in Hampshire and partly in Wiltshire. So it finally dawned on me why they called it Nomansland. He said there was a pub up the road that fell right on the boundary. So, Lila and I went back to Nomansland. A man and a woman sitting at an outdoor table said that when you were on the outside of the door, you were in Hampshire Country and when you were on the inside of the door, you were in Wiltshire County. In this photograph, I am simultaneously in both!