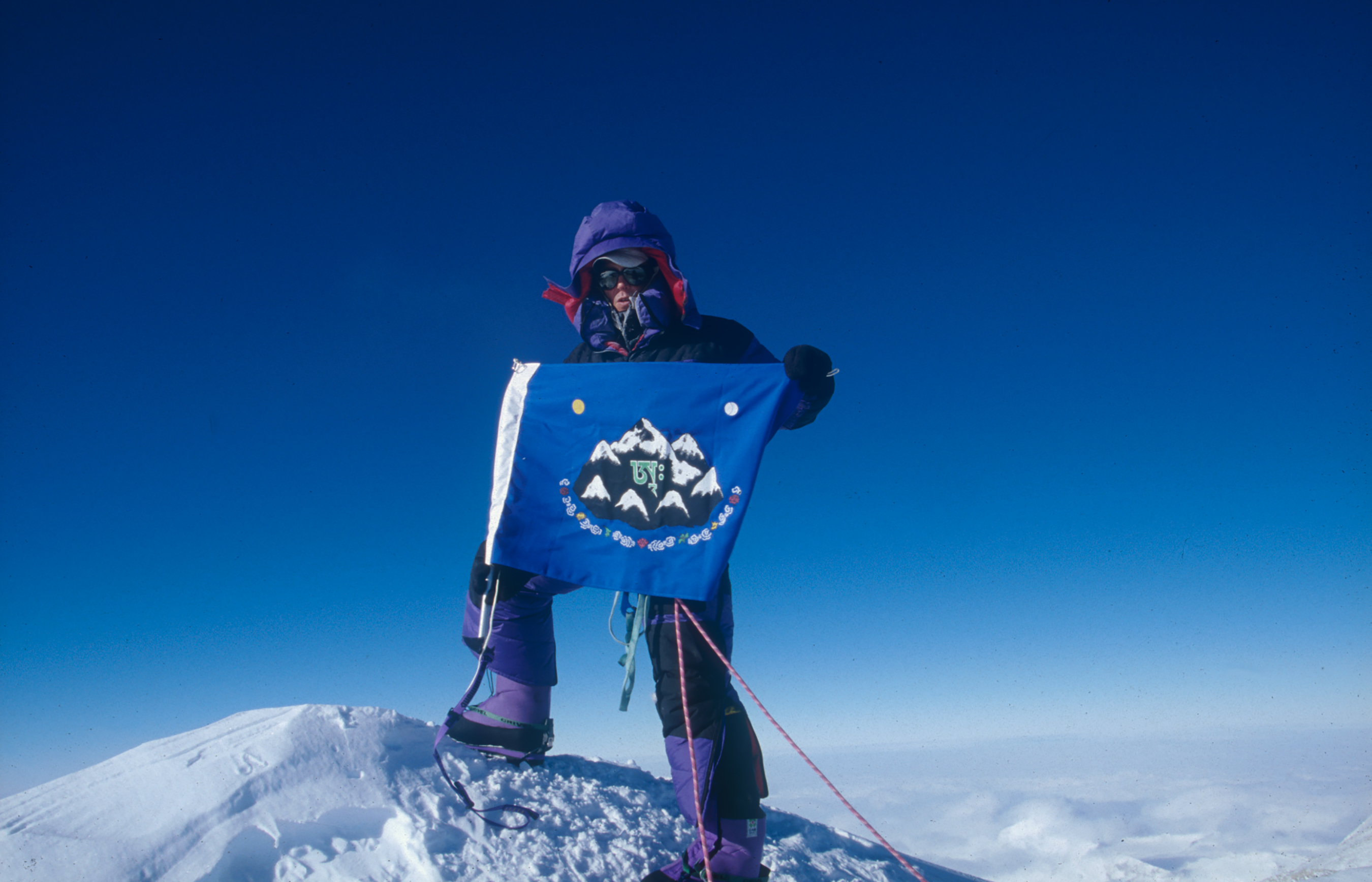 Antarctica, Jeff Shea Completes the Seven Summits Atop Mount Vinson, 1997 (with flag) - This summit was my completion of the Seven Summits: Climbing the highest mountain on each continent: Asia (Everest), Europe (Elbrus), South America (Aconcagua), North America (Denali), Australia (Kosciusko), Africa (Kilimanjaro) and Antarctica (Mount Vinson). It was so cold that when I pulled my film to load it into the camera, it snapped in two. The Flag was designed by Banner Arts' John Dugger for my project Seven Summits for a Free Tibet. The Dalai Lama wrote a letter of commendation for my project. He later spoke in front of a banner made of this design.