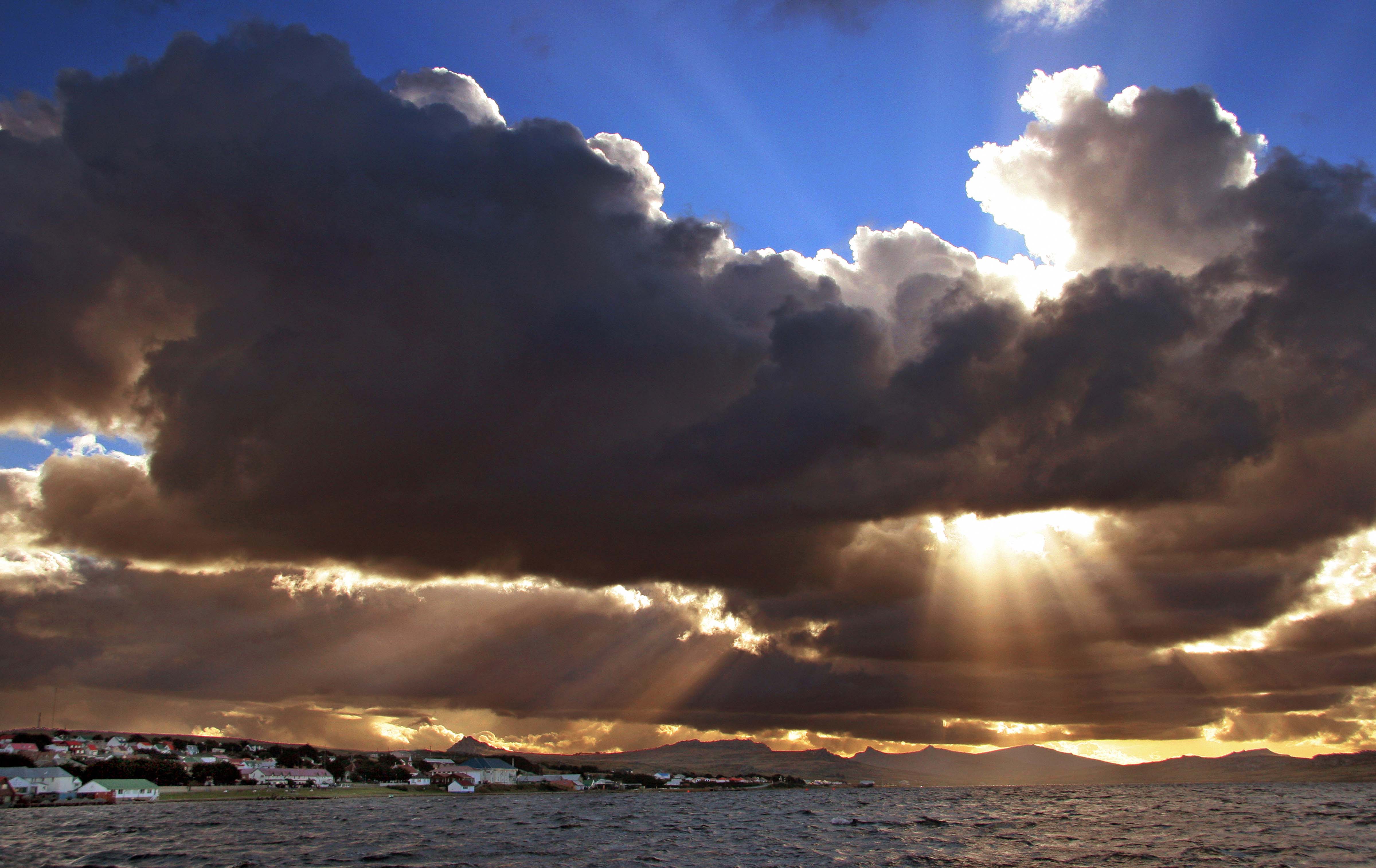 This was one of the first stops on a voyage that originated in Ushuaia, the world’s most southerly city. After the Falklands, the voyage went south to the South Sandwich Islands and beyond. The south Atlantic is chock-full of icebergs. Such a cruise is well worth taking, even for the well-traveled.

The Ship Dining Room 1: I have noticed a problem on this voyage. I suppose everyone spits when they talk but some people make a habit of it, an art of it, if you will. Take, for example, Rick. He is a man of about 70 years old. The other night we were sitting next to each other. I noticed a flying object emanate from his mouth and land in the vicinity of my plates. I had a little salad left. Perhaps, I thought, this was the domicile of said projectile. So, trying my utmost to be diplomatic, I reached for the salad bowl. Rick, says I, are you going to have any more salad? As the answer was in the negative, I ventured boldly: Do you mind if I eat directly from the salad bowl? “No, not really.” But I could see that he was offended by my suggestion. “Why don’t you eat from the plate?” he queried. Wishing to avoid a confrontation, I dodged this loaded question with a truth: “I prefer to eat salad from bowls.” Aware of his disapproval, I bypassed the topic altogether by not eating any more salad.

The Ship Dining Room 2: The second episode of the Ship Dining Room finds us sitting with an Australian woman. I noticed some particles of food flying out from her mouth. Fortunately, I was not sitting directly across, but one seat to the side, so I was out of harm’s way for the moment. Some food oddly clung to the outside of her mouth on her face, defying gravity. Realizing this woman was hazardous, I vowed not to sit next to her again. That very evening I entered the dining room late, and my attention was drawn to the disturbing fact that the only open seat was next to her. No problem, I wrongly surmised.