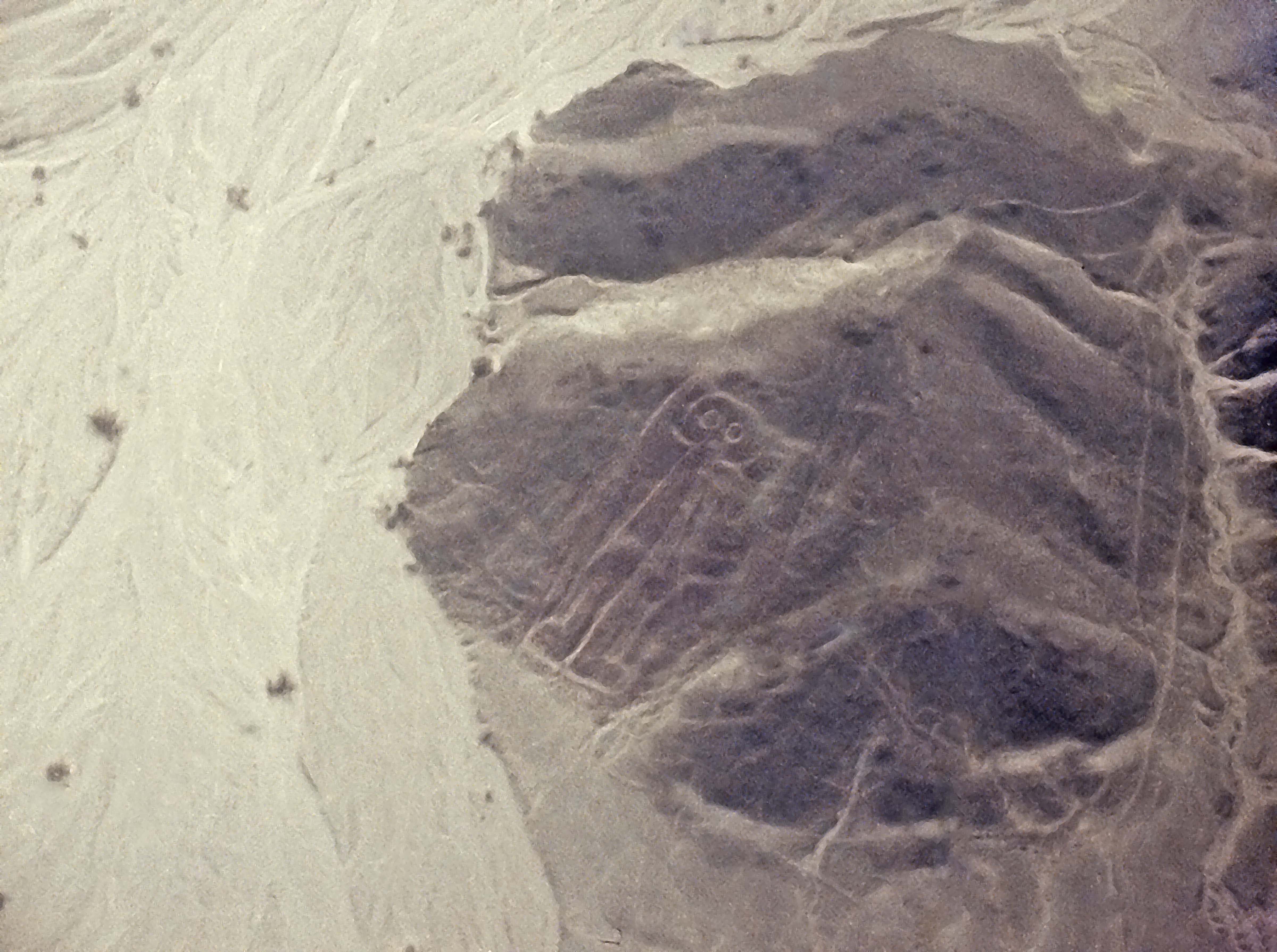 Sunday – This morning, cruising along about 130 km from Nazca, we saw a huge field – it would have held one million people – another Woodstock – and for the next 10 km along the road we saw herds of vicuña – a very rare animal, like a llama, but looking like a cross between an alpaca and a deer. Very pretty. Drove through Nazca, through Ica, near which are mountainous sand dunes, like those of Egypt and the Sahara.

We pulled into Lima about 11:30pm. By the time we got our bags off the bus, Lillie and Moño came up behind us. We hugged each other – all four of us. They drove us to our pension, which is a nice house in a residential district – no signs – and we cleaned up a little, then we drove to the Blue Moon restaurant. We had lasagna, cake and coffee. There was no bill!! I don’t know how the girls did that. When we drove out to the beach, I had my arm around Moño, kissed her hair, held hands – nice body!! Gary and I were dropped off at around 3:15am – incredulous!!!!

I feel super-duper good tonight, as I did all day. Slept in the Lima terminal and took a bus at 8:30am going to Nazca. I’m starting to love this ugly desert with its occasional tremendous sand dunes. Gary and I got to Nazca in the evening and got settled. It’s gonna be a bitchin’ day tomorrow because we’re going to fly over the Nazca Lines – you know, Chariot of the Gods, the book about visitors from outer space? Well, these lines were part of the story. I’m totally psyched to fly over them.

We took the morning plane to see the Lines of Nazca. They are undoubtedly the single most incredible (in the true sense of the word) thing I have ever seen in my life. We took pictures of the “astronaut.” (See photo opposite page.)