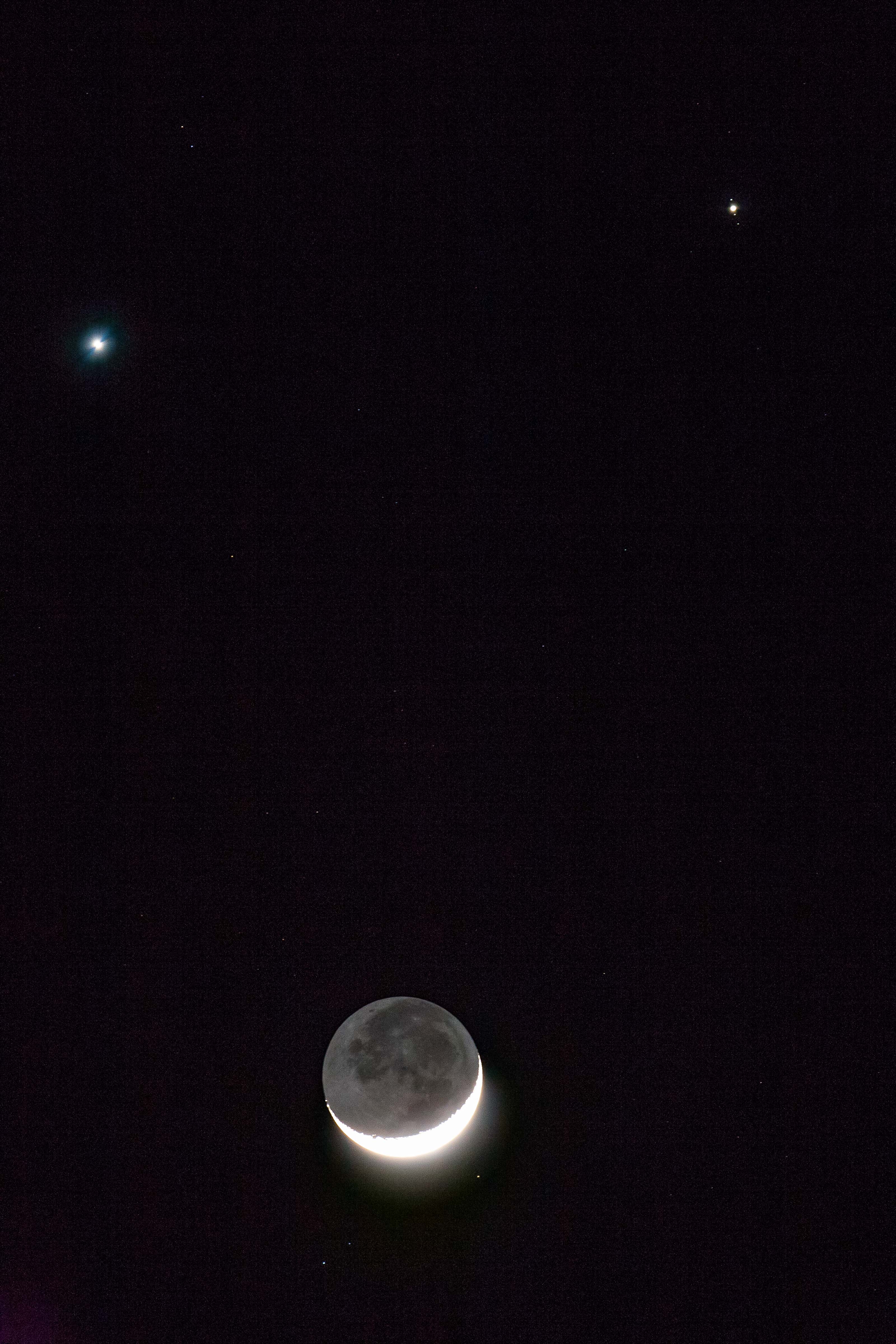 My family and I were in the north of Thailand. Just as we were about to make the long trip south to head home to Singapore, the Bangkok airport was taken over by protesters. Delighted that I had an excuse to travel longer, we headed north to Shan State in Myanmar.

That night, the moon and the two other bright objects in the sky filled me with a sense of wonder. I found out later that the two other objects were Mercury and Venus. Others found it remarkable too, as it was mentioned in the newspaper.