I recommend it be considered that southern Albania be included in the European World Park. It is some of the most beautiful scenery in the world, especially, for example, the area between Permet and Kelcyre. Jeff Shea

Just next door to some of the world’s most beautiful scenery (Permet district in Albania) is one of the worst ecological nightmares: the air pollution in Ballsh, Albania. The air is full of napthas from petroleum products. I cannot understand how the population tolerates it, other than that they are used to it.

The Wholesale Destruction of Mother Earth

This past week in Singapore, the pollution index rose to an unprecedented 400. The cause: the wholesale burning of the rain forests in the Indonesian province of Kalimantan on the island of Borneo. This is nothing new. These smoke clouds have been migrating across the Natuna Sea (the body of water between Kalimantan and Singapore) for years, whenever the Indonesians burn their rain forests. Why do they do this? ÃÂ One of the reasons that this is done is to make way for the planting of palm oil trees, known as ‘kelapa sawit.’ ÃÂ The forest wood is not even harvested. Just destroyed, along with millions of insects and animals.

What puzzles me is why there is not an international outcry against such wholesale destruction of our natural world. I have heard that the Borneo rain forests are being destroyed at a rate of 3 football fields every hour. Soon, there will be nothing left. Where is the US President, where are the world “leaders,” to condemn this “turning a blind eye” to the destruction of irreplaceable natural resources for “profit?”

The concept of “ownership” is one of the root causes. The human race accepts that is “Indonesian land,” and they should be able to do what they want with it. But, this is “Our Earth”, and the rain forests that are being destroyed are virtually irreplaceable.

I call upon the President of Indonesia to put a stop to this practice. 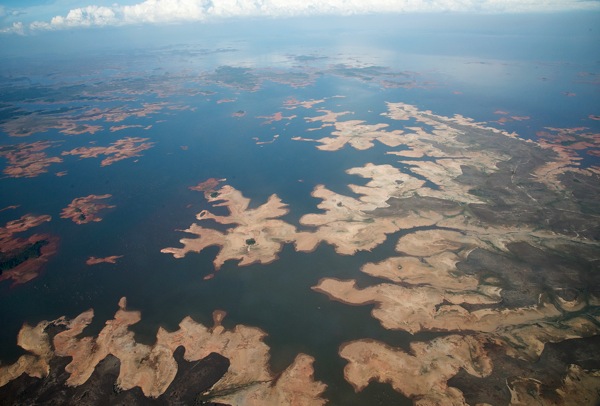 Example of land destroyed by practices of man. Gold mining and forest burning on the Orinoco River.